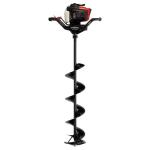 This list of Amazon deals is shrinking by the day as last years stock sells out. Keep an eye on our roundup to catch some of these great deals before they’re all gone.


Own any of this Gear? Take advantage of any of these ice fishing deals? Give us your two-cents in the comments below.

NOTE: Deals often come and go quickly. We try to post deals as quickly as we can but often times a deal can end on an item shortly after we post it. So take advantage of deals quickly, and check back at IFD as often as possible!